I was having a conversation recently with someone who was having difficulty understanding what a tritone substitution was and how it can be used in improvisation. They had watched a number of videos on YouTube from someone who talked about the use of tritones in left-handed piano voicings. Unfortunately, they remained stuck thinking that was the only use of this “secret to tritones” as advertised on the video. Hopefully in today’s post we can uncover some of that secret for him and possibly others that may be stuck on the question: what is a tritone substitution?

About a year ago I made a post in my Outside-In series that covered this topic, but looked at it from a superimposition standpoint. Below is a portion from that post:

“Let’s first take a look at the often talked about tritone substitution. There’s been a lot of mystery associated with this term and I hope to clear some of that up to show that it’s not as complicated as some make it out. A lot of our recent examples have been in the key of C…so let’s switch it up this week and move to the key of Eb. Let’s start with the ii-V-I in Eb:

A tritone substitution is simply taking the V7 chord and replacing it with the same quality chord a tritone (sharp 4th or flatted 5th interval) away. Instead of having Fmin7-Bb7-Ebmaj7. You now have Fmin7-E7-Ebmaj7. Notice how the root movement descends chromatically. The reason why the tritone substitution works so well is that the Bb7 and the E7 (tritone away) share the same guide-tones (the 3rd and the flat 7th of the chord):

(Quick note: anytime you have a V7 chord that lasts a full measure…you can turn it into a one-bar ii-V. This holds true for tritone substitutions.)”

As an improviser, you can take a normal ii-7, V7, I and turn it into a tritone substitution whenever you would like. Below is a quick example of what you could play:

I wrote the line so you could see it as an E7. It definitely has a more outside sound to it (which is why I talked about it in the Outside-In series). Hopefully that clears up some of the mystery that has surrounded the tritone substitution! There are a number of jazz greats that use them. Who do you like that uses them? 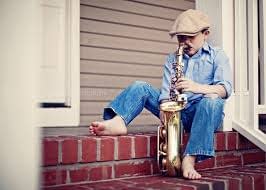 Welcome to part 2 of starting beginner’s on their improvisation journey. Last week we started off with what I believe is a great foundation to getting a beginner going. There are a number of different opinions, theories and options. However, this is how I like to introduce those just starting. I have seen it…

Welcome to the last part of the Map It Out series. In today’s post we will finish looking at the song Stand Firm by completing the “B” section and then creating a route through the whole progression. If you haven’t looked at the earlier parts in this series, I highly encourage you to check those… 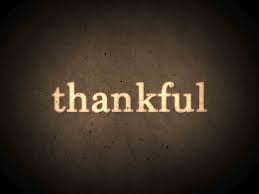 In the United States this week many people celebrate the holiday of Thanksgiving. Without getting into the holiday’s history I wanted to take a look at the theme of being thankful and how it helps us as musicians. A lot can be said about our attitudes and how we act around others and react…

Welcome everyone to Week #49 AND Day 1 of JKM’s Fundraiser to eradicate Malaria! Did you know that Malaria is 100% preventable? Yet, Malaria kills over one million people each year; 85% of those are children under the age of 5. Today, tomorrow and Wednesday 100% of all Targeting: Improvisation With Purpose book sales, booked Skype Lessons…

Welcome and thanks for checking out week #14’s tip…Personalized Articulation. Before we dive in to this topic, I want to again thank everyone that participated in the July and August drawings (those that purchased the e-book and printed version of Targeting: Improvisation With Purpose, have taken a Skype Lesson or have donated to my next…

I hope you’ve been enjoying this current series on analyzing lines. This week, after listening to Charlie Parker’s Scrapple From the Apple, there was one line that I kept hearing that to me is a definitive Charlie Parker lick. I heard it repeated at least twice in this solo, but have noticed him playing it…