In today’s post I wanted to give you a sneak peak at one of the songs that’s going to be on the album (on Mountain, Move that you can check out HERE) and talk about mapping out a plan of attack for improvisation. If you drive your vehicle from one destination to another often enough you will get familiar with how to get there and what alternate routes can be taken if there is traffic or roadblocks. The same is true for improvisation. If you’ve played the same chord progression often enough-you know how to get around. However, if you are in a new city (or have a chord progression that’s unfamiliar) you may want to map it out or have a GPS guide you.

We are going to take a look at a song called Stand Firm. The progression is not something that I think would be difficult for the vast majority of players out there. However, for our purposes we will start simple. Below is the intro and A-section to the song (from the piano part).

For me…the less I have to think about when navigating something new the better.  Don’t get bogged down with too many options to start. The more familiar I become with something the more I can expand my options. When you’re driving in a new city you want to know how you get from point A to point B. You’re not too concerned on the first trip or two about alternate routes. I like to take the same approach to mapping out new chord changes.

I like pentatonic scales because they’re simple and they are full melodic possibilities. Below is how I might map out part of the intro:

You’ll notice that above the Cmin11 chord I wrote in a few examples. The Eb and Bb major pentatonic scale as well as Cmin (which is a reminder to think in a C minor key area). Over the Dmin11 is the F and C major pentatonic (along with Emin key area reference which should be Dmin…as a trumpet player sometimes it’s hard to shut off transposing, sorry). All of those options show that I could potentially use whole step pentatonic pairs (Bb to C and Eb to F major).

I would continue this process throughout the whole progression and find what avenues would support a logical flow. Just like voice leading on chordal instruments you want to look for the closest relationships. That means finding devices that are a 1/2 step, whole step, etc. away from the other device. It doesn’t mean that’s the only way you can improvise over the changes, but it gives you a good start to get familiar with changes. Once you do get familiar, you can expand your options.

Next week we will continue to map out some more options on the intro as well as the rest of the form. Let me hear from you, though. What melodic devices/options would you use over the intro?

Welcome to week #35 everyone! After last week’s tip on 3 different levels of listening and thinking about how important it is for us to open our ears and listen more…I wanted to talk about listening on the bandstand. All of the past tips have been things we actively work on when we’re in the…

Klobnak Joins B.A.C. I am absolutely thrilled, honored, and incredibly excited to share that I am now an endorsing artist for the B.A.C. (Best American Craftsman) company based out of Kansas City, MO (USA)! Mike Corrigan and the staff at B.A.C. do an amazing job creating some of the best brass instruments in the world….

Maybe you have been there…maybe not. It is frustrating. Especially when you are in the moment and things have been going well up until that point. For whatever reason (and it could be a number of them) you have painted yourself into a corner with your improvisation. You realize the line that you are playing… 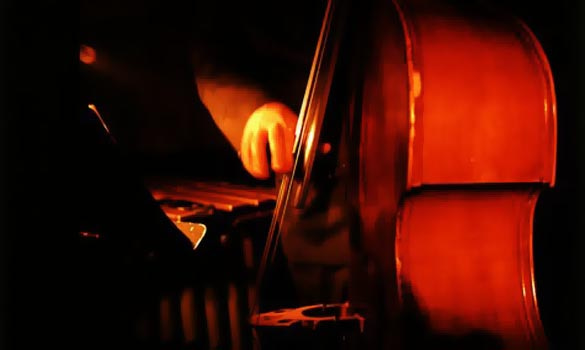 It is becoming a rarity to find open jazz jam sessions in cities across the world. I am not saying that there are not jam sessions ocurring…quite the opposite. Actually, in the Denver area there are a number of great ones that happen on a weekly basis. However, I have talked with people from a…

Part 3. Last week we talked about keeping things simple. Simplifying the amount of information that the children have to pick from while improvising. In this part I want to talk about the importance of having children learning to feel rhythm. This is just as important (if not more) then the notes themselves. When children…